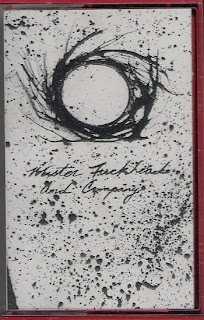 Thanks for the correction. I was going by the insert and it's possible I misread the seriously microscopic font.

I really like doing these sessions.
Especially the Empt Bottle and South Union Arts set. It was fun because the pressure was off me to construct/compose the peice and just participate and try to bring to the table (so to speak)what Arvo wanted. and I think I pretty much did.

Damn! I thought I sent the credits for approval before I printed/wrote them! I thought it was a baritone sax! I still can't find the 'C' on my trumpet/coronet. If it gets reissued or something, I'll fix that. Sorry. And yes, DF is a masterful drill wielder/synth sweeper! Thanks again Drew, for writing like you give a shit! Good times!