New Shit Has Come to Light #1

Alright, so it's been tough to find time to do some thorough reviewing lately, even the scaled-back thoroughness of the In Brief segments so here is a new non-thorough segment where I'm just gonna talk quickly about stuff coming through the door with the expectation that I will be able to go into in more detail later. 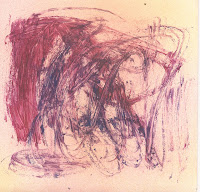 I Want to Kill Every Human is neither as violent nor as sardonic as a name like that would lead you to believe. I'd definitely categorize it as noise but the 7 inch is much more vibrant than one typically thinks of noise being. The tape, while not extremely abrasive, is more of a roughnecker with a dramatic staccato stutter mutilating the signal. It reminds me vaguely of Scuba Death's Demon Seed without the polish. The track is too basic to totally knock my socks off but I have to say I really dig and appreciate the approach. The track is weirdly hypnotic, and the fact that it repeats on the next side makes the spell that much harder to escape.
Bill Murray is selling these together as a combo for 4 dollars postpaid to the 50 states. That's right, 400 pennies of American currency will get you a pretty damn decent tape and 7 inch, plus a bribe to US gov't to drop it at your doorstep. This stuff is worth taking a flyer on.

Pride of Lowell - Pride of Lowell [Dirty Pillows]
Bearing no relation to Dicky Eklund that I can ascertain, Pride of Lowell is a jazz duo comprised of  Patrick Breiner (tenor sax) and Max Goldman (drums/percussion.) There was a word in the accompanying press release that was actually spot-on: "finesse." Good job marketing department! This tape was kind of refreshing when I first listened because I knew I was getting sax/drums "experimental free jazz" but these guys can really play. I'm all for abrasive, electro-acoustic improv, anti-establishment free jazz that you usually hear on a free jazz tape, but it was kinda cool to hear unrehearsed melodies and tight control of instruments. This hearkens back a little to the "free" of another era. This is much more Ornette or Trane than it is, say, Graveyards or Owl Xounds. Now as I've mentioned many times on this blog I'm no jazz expert, and I'm probably not the best guy to be reviewing jazz but I do know what I like and I like this. I don't want to make it sound like it's too class because there's certainly a significant dose of abstraction to some of the pieces--these guys aren't doing old jazz standards after all. Goldman and Breiner play like a kaleidoscope, constantly changing yet always pleasing to the eye (or ear as it were.)
Dirty Pillows is sending me mixed signals, the presser says it's based in Georgia but the tape showed up from Minnesota, no matter, the internet voided the importance of geography a long time ago. Dirty Pillows is selling these for a reasonable price considering this is a shrink-wrapped, pro-dubbed affair. I recommend checking out the band's origin story after the link too.

Jorge Arana Trio - Mapache [No Label]
Another jazz cassette that has come across my desk recently is by the Jorge Arana Trio out of Kansas City. The trio's style is sort of a scaled back Naked City injected with OCD math rock genes. Some of the coolest moments aren't jazzy in the least such as the relentless arpeggio and Gregorian-esque backing vox on the breakdown of "Snake in the Grass." Or the big, skronky Twin Peaks-esque guitar chords that hit two minutes into "Short & Evil."
As you would assume, the trio is lead by Arana who does double duty on keys and guitar, while Joshua Enyart and Jason Nash form the rhythm section on bass and drums, respectively.
The tape is brimming with nervous energy yet still comes off as pretty buttoned down to me overall; my taste is a little more on the "cut loose" end of things but this stuff is well done.
Side note: I received a couple tapes over the past few months that are emblazoned with the "Dolby" logo, I have yet to confirm or disconfirm that this is an act of irony. The tape does sound good so maybe Mr. Arana is sincere.
You can grab the tape from the band's website

Bastian Void - Fluorescent Bells [Field Hymns]
So my initial response to this project was something like this:

"Wow, it's been a long time since I've heard anything from this project, I have a tape back from 2007 I think that I remember being a pretty good and grimy noise outing but I didn't even realize the project was still active. This sounds really synth-y and way different. This is the same guy that was in People Who Do Noise, right?"

Turns out I was wrong-o. I was thinking of Portland's Honed Bastion, and I'm going to blame the fact that the Field Hymns label is based in Portland as the source of my confusion. But really, Bastian and Bastion aren't the same word (great close reading, English major.) To be more precise, "bastion" is a word and "bastian" isn't; it's possibly a nickname for Sebastian (I guess...)
Anyhow, that's all a bunch of hooey when it comes down to it. This thing is all synthesizer and drum machines, it sounds like the cover looks (good job Dylan, or whoever designed it) so you probably have an idea of what this sounds like--unless you're blind and someone is reading this aloud to you. It sounds really nice, maybe not the most unique or particularly memorable take on the modern synth-o-sphere but that's becoming increasingly hard to do. I've listened to this a couple times and it just feels so nice to have the one stereo, very lush and atmospheric.
You can find the tape here along with many, many other delicious Field Hymns morsels.

Daring Ear - Ideal Sound [A Giant Fern]
The latest installment from Portugal's A Giant Fern label caught me off-guard. Having dropped blistered psych-rock, mellow drones and a totally out-there tape that I love love love, I wasn't expecting to hear a one-man synth-pop effort from the Bay Area. The dude played in The Impossible Shapes and John Wilkes Booze at that.
Surrounding himself with old drum machines and mellow synths, Aaron Deer spins 11 tracks on Ideal Sound. One band that this tape reminded me of instantly is Xiu Xiu, however Daring Ear is a mild-mannered, slightly glossy and a far more palatable Xiu Xiu (far more palatable to normal types, at least.) A song like "The Peach" (edit: it's "The Reach," blame the too fancy font not me!) I could imagine being a Xiu Xiu cover; Deer's songwriting shares a number of basic tenets with Jamie Stewart's, they each tend to construct minimal arrangements with scattered, abstract drum machines and keyboards, among other sounds, and place plaintive vocals in the center of the mix. The biggest difference is Stewart goes balls-to-wall in every single aspect of Xiu Xiu (which I personally love) whereas Deer is extremely even-keeled, maybe to a fault. Still there are some lovely moments on the tape such as the chorus on "All Swords." I'll have to give this a few more plays and see how it sinks in.
Hit up A Giant Fern if interested
Posted by Auxiliary Out at 6:52 PM 1 comment: