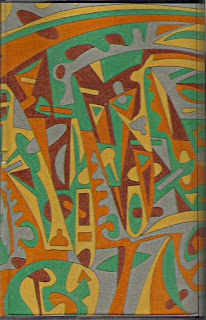 Pitch the Drone is a recent tape by Portlander Cody Brant a.k.a. Toning, issued earlier in the year on the inimitable Stunned label.
All I really know about Brant is that he's been involved with Smegma; to what degree, I'm not sure. His solo project Toning speaks on its own terms though.
Considering I'm a big cinema person, I love that Brant lists the soundmakers on the recording "in order of appearance." He's joined by the colorful cast of characters of Kelsey McCurdy, Blaze Freely, Dunja Jankovic, Shaela, Josie and Ocean; no more info is given other than the names which is characteristic of the mysterious sounds that emanate from the from the cassette.
Running through 9 tracks in a half hour, "Melt" brings the tape to life. A gently swelling synth loop is matched with a few layers of sine waves and crackle. An uneven drum loop adds a (ar)rhythmic element making for a pleasantly mellow intro. "New Life, Dead End" lines up what sounds like percussive, muted guitar strings over a guttural drone loop and a hazy vocal-esque keyboard loop. Slowly I realize there's a rhythmic stomp behind it and then, boom, whisked away to a strangely abstract and awesome approximation of tribal music. Looped hand drum, odd jangling, a bevy of odd slurping, chirping swooping oscillations and loops. Killer! There's a ton of complexity if you want to pick it apart or you can just shut up and groove. A fast-paced bass and bells loop pushes along underneath an unintelligible looped vocal part on "There's No Hiding," changing up but continuing the high groove quotient. "Scuffed Lips" slows things way down with a devoutly mid-tempo drum machine. Usurped by some kind of looped reverse bass and effected guitar loop, the track doesn't gel quite as well as the others but it's no chore to sit through either. "Something Simple" is anything but. Thick, wet, drippy synth is slathered all over the piece seeping into all the little cracks left between the polyrhythmic loop cluster eventually vacating, letting a single looped vocal part conclude the side.
"As You" is real thick and goopy with a drum machine trudging through the swamp of molasses keyboards and creepy children's coos. A totally trippy, slo-mo dirge. Adequately named considering it's the longest journey of the cassette, "Secret Trip" drops some filtered feedback for the opening 30, slowly augmenting it until its almost a drone piece. A sloooow bass throb rolls underneath the scratchy upper crust eventually unveiling an abstract, groovy little techno beat. Mix in the horn breaks, sprinkle some wind chimes on top and the recipe's complete. Well, not nearly, Brant shifts things up with a killer sub-bass loop that catches my attention immediately. Brant rightly lets it rule the rest of the track adding shards of static and oscillations around the edges and slowly letting them blanket over. A definite favorite is "Good Going" which features a great 4-note keyboard loop, some barely present acoustic six-string noodling and slowly forming layers of static. It doesn't move beyond that yet it's one of the most memorable numbers on the tape. "Patient Returns" closes things up with some prickly chimes and pitch bends until Brant flips the script and drops the best, most mellow and catchy segment of the tape. Damn, I wish it lasted longer than 30 seconds! Yr killin' me Cody!
The tape is a must for anyone into dense, loop-based miniatures, and seriously who isn't into that? Toning's definitely one of the most promising new projects I've come across recently. Looking forward to hearing more from this guy.
Long gone from Stunned so hit the distros!
Posted by Auxiliary Out at 6:53 PM